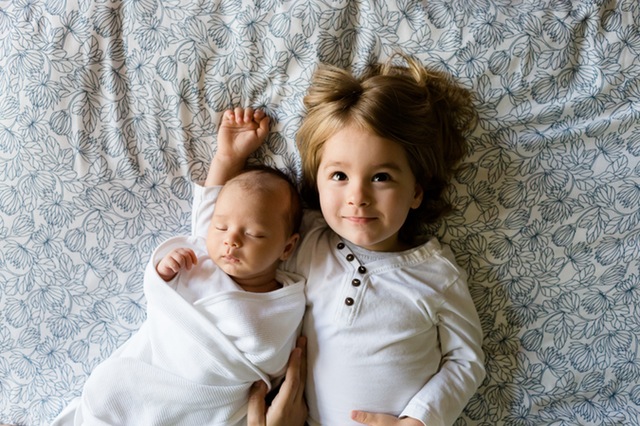 Getting curious about baby milestones is normal. Questions such as ‘when will my baby crawl, walk, sit up?’ Are one of the many inquiries that mothers ask after birth.  It was once thought that children grow in the form of a developmental elevator. As they go from floor to floor, they learn something new. But now, the theory behind child development is caused by the environment they encounter of each ‘floor.’ Of course, the more responsive and enriching the caregiver, the more they learn. The following are the average timeframe for baby milestones:

Stretch out legs and arms

Motor development means that they’re learning how to take their body off the ground. This means that when you place your baby on their stomach, they will gradually lift their head off the surface. By the time they’re three months old, they can raise their head higher than their bottom. During these first few months, they will learn new tricks like opening their hands.

Can hold onto people and toys

Every stage that they experience is a building block for the next development. When they master binocular vision, this means that they have a greater depth perception. At that point, they can visually work on a toy and grab it.

Their ability to track and grab items will improve as they master the skill of gazing. By six months, their back muscles will strengthen and balance will improve; they’ll be able to sit up at this stage.

Around this stage, the child is becoming a real explorer. Picking up objects and crawling are two crucial skills that they would have developed at this stage. They begin to gesture which is their main point of language which is later replaced by words. They don’t cry when they want to be picked up, instead they raise their arms.

Many parents worry that their children miss milestones which are normal as children develop uniquely. Interestingly enough, temperament plays a heavy role in their development.